My love of birds and ornithology is the point of departure for this recent series of currency work.  The Syrian refuge crisis also sparked this work contemplating connections and causes related to both avian and human migration.

The contribution of global economics to climate change is deeply disturbing and is altering and destroying some of the habitats that migratory birds depend on. Birds and other life forms are the, so-to-speak, “canaries in the coal mine.” In many early cultures birds were seen as messengers, and were venerated for their ability to foretell future events. Many bird populations are declining worldwide and Bird Life International and the International Union for Conservation of Nature listed 1,227 species as threatened in 2009.

In this series, various bird species are painted onto and into defunct global paper currencies, as a means to both question and insert value. Looking at the interplay between commerce and environment, the series questions a purely economic perspective. The work highlights the malleability of both human territories and bird habitats, as influenced by human behavior. Migration and habitat, both human and avian, find uncanny resonance as Europeans grapple with how to live together culturally and economically within the Eurozone and greater scope of the world.

Birds have often been symbols of freedom, beauty and even peace. In this context, they inspire a desire to leave behind mere material gain for the values of a shared world. The birds act as social and environmental agents of care, beckoning us to move away from a monetary world view — to shift our thoughts beyond the money on which they perch. 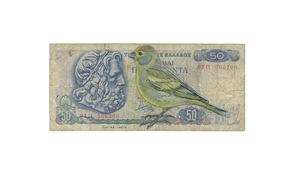 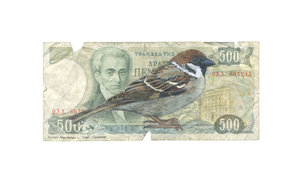 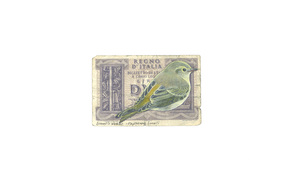 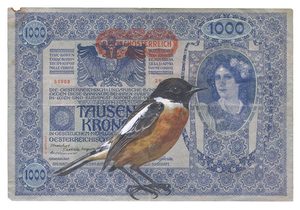 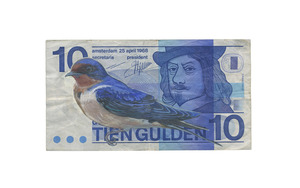 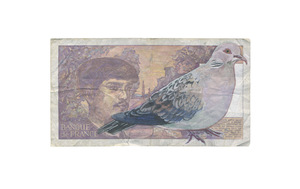 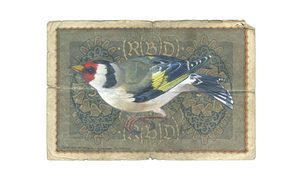 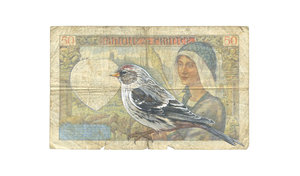 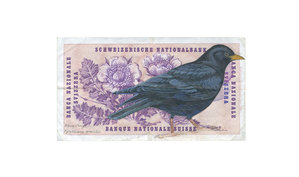 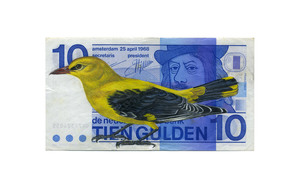 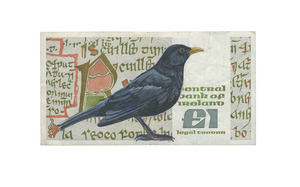 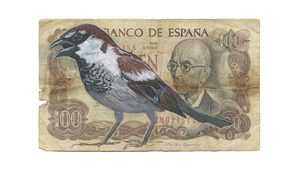 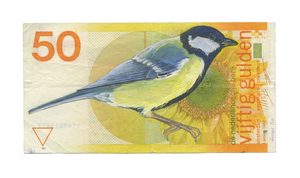 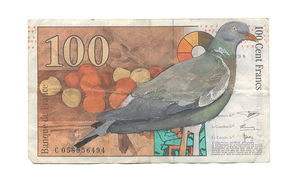 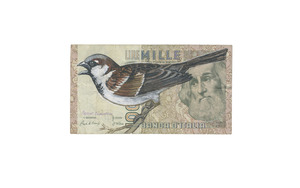 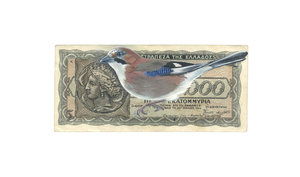 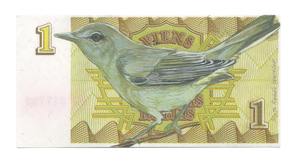 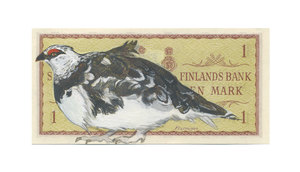 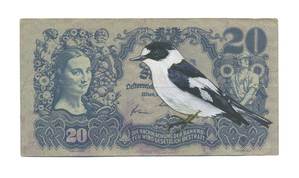 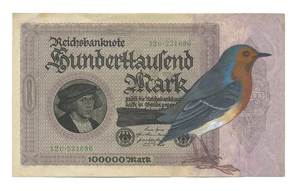 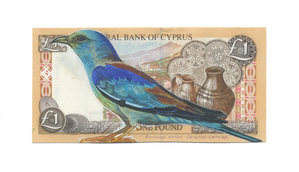 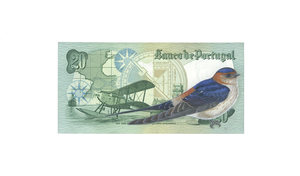 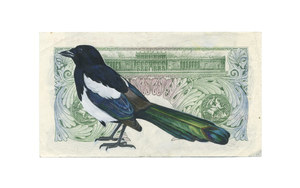 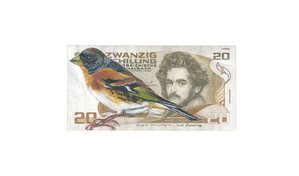 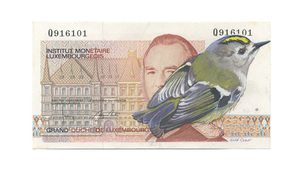 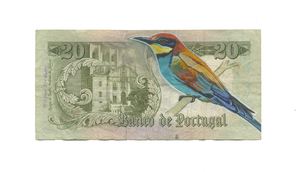 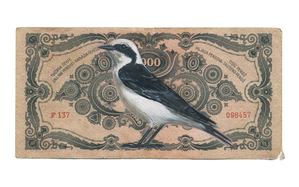